Lent began with a bang at Holy Nativity with the annual pancake party! Loads of people from all over North Halifax came to have some free pancakes and make the preparations for lent.

Every year Lent begins with Ash Wednesday. It is a day where people think about the direction their life is going and think about making changes. Across the whole world, billions of Christians have a cross marked on their forehead with ash. This is a symbol that has been around for thousands of years of “turning your life around”.

The ash that is used is made by burning the Palm Crosses that were given out to everyone at last year’s Palm Sunday Service. Here at Holy Nativity Church, we do that with all of the children on Pancake Day or to give it the older name, Shrove Tuesday. For some reason we always use the vicar’s wok.

One tradition we enjoy is “burying the alleluia”. Alleluia is a word you may use yourself every time you celebrate something. During Lent we try not to say it so that on Easter Day when Jesus bursts from the tomb as he is raised from the dead we can celebrate so much more! The children did some illustrations that we put into a box and buried in the church park.

If you’d like to know more or if you’d like to get involved, you would be more than welcome. Why not join us for any of the Lent services? You could also come along to the Lent course which is based around the film The Greatest Showman. 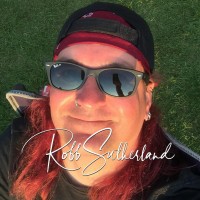